[General]
Analysis model is comprised of a high power generator motor (HPGM) and a turbo charger generator (TCGM). The power is transferred through an inverter.

[Analysis]
The generator motor turbo system is as shown in the Fig 1.
At a high speed driving, the TCGM generates the power and drives HPGM. At a lower speed driving, the HPGM generates the power and drives TCGM.
To increase the efficiency of the HPGM, the tooth width was increased so as to reduce the magnetic flux density, and eventually reduce the iron loss (See Fig 2 and Fig 3). The coil turns remain unchanged. Fig 4 and Fig 5 are contour diagrams of the magnetic flux density.
The efficiency was improved by 0.4% from 96.7% to 97.1%.This improvement, though seemingly small, is a great contribution to the efficiency improvement as it is difficult to design a cooling system for a motor generator in severe thermal environment. 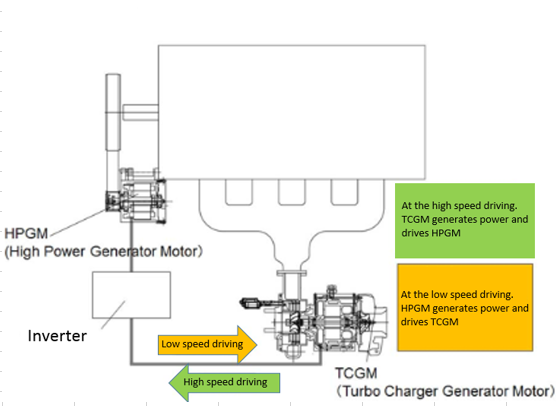 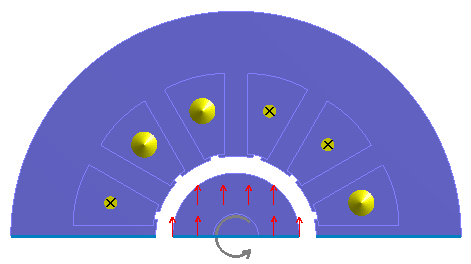 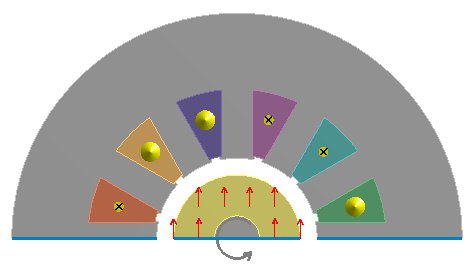 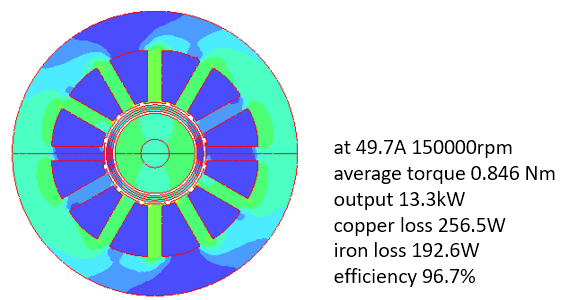 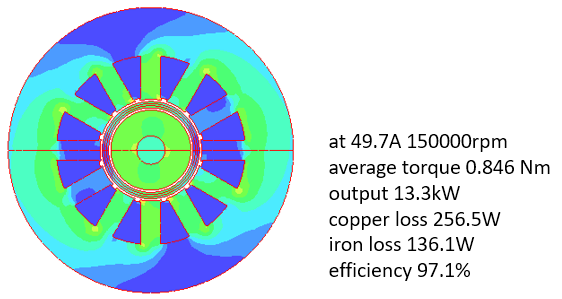